Bringing Silicon Valley to the Baltics with Httpool 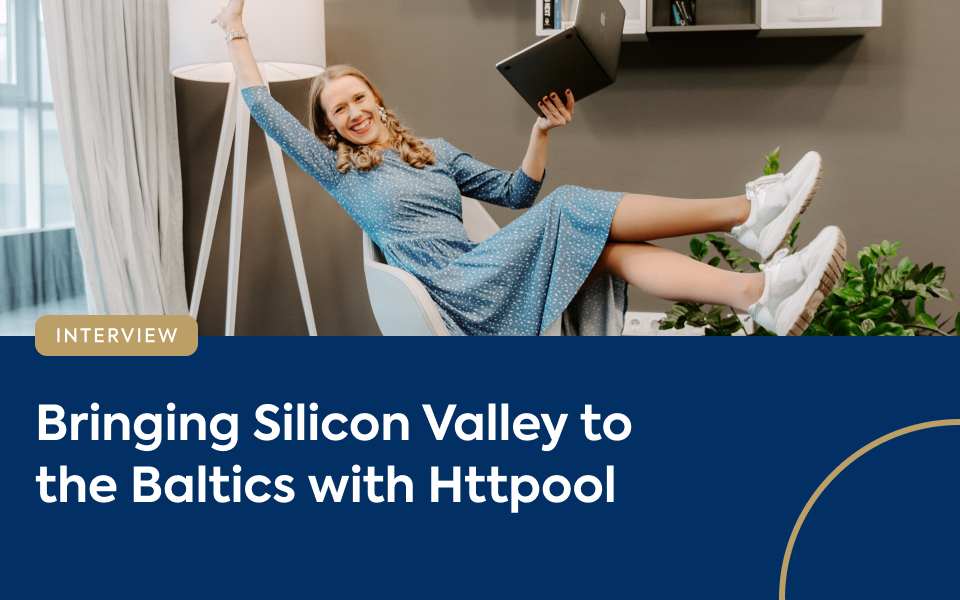 Httpool is a media company acting as an extended team for top media social platforms like Facebook, LinkedIn, and Twitter. In recent years, the company has been growing at a speed that could make start-ups jealous.

We chatted with Robin Conley, Regional Marketing Manager and Oksana Adaskevica, Regional HR Manager Baltics, about their unique position in the advertising ecosystem and the many career opportunities working in a thriving global company presents.

🔵 How would you describe Httpool to people outside the firm?

Robin: Httpool fills the niche between advertisers and global platforms. The advertiser could be of any type: small or large business, start-up, agency. And platforms are Facebook, Spotify, Twitter, LinkedIn, and other major media platforms. Httpool is between those two sides.

On the one hand, we are partners to the major media platforms by representing their sales interests in regions where they don’t have an office. At the same time, we also consider ourselves partners for the advertisers because we help them get the most out of the platforms and grow their business.

🔵 So not just another media agency?

Robin: Definitely not. I can understand why it might be confusing because traditionally, agencies are middlemen. People see that Httpool is between advertiser and platform and assume we fill the agency’s role, but it’s a very different relationship.

For example, Facebook hasn’t opened an office in Tallinn, and it’s unlikely they ever will. That’s where Httpool steps in – Facebook calls us ASPs or Authorised Sales Partners. Our role is to give advertisers in the region the Facebook experience in terms of consulting them, educating them and making sure they get the most out of the platform with each campaign.

🔵 What’s the scale of Httpool right now in terms of territories, offices, and clients? How large are you in the Baltics region?

Robin: We have over 35 offices worldwide at the moment, but I think nobody really knows the accurate number anymore as it grows constantly. (Laughing.) However, if you look at our parent company Aleph Holding Group, which also contains IMS, Wise.Blue and Social Snack, then we are present in approximately 90 markets worldwide. So it’s quite a lot.

Oksana: And in Baltics, we currently have 100+ employees, but the number is growing every week. So far in 2021, we have hired 50+ people just in the Baltics, and we still expect to increase this number by the end of the year. 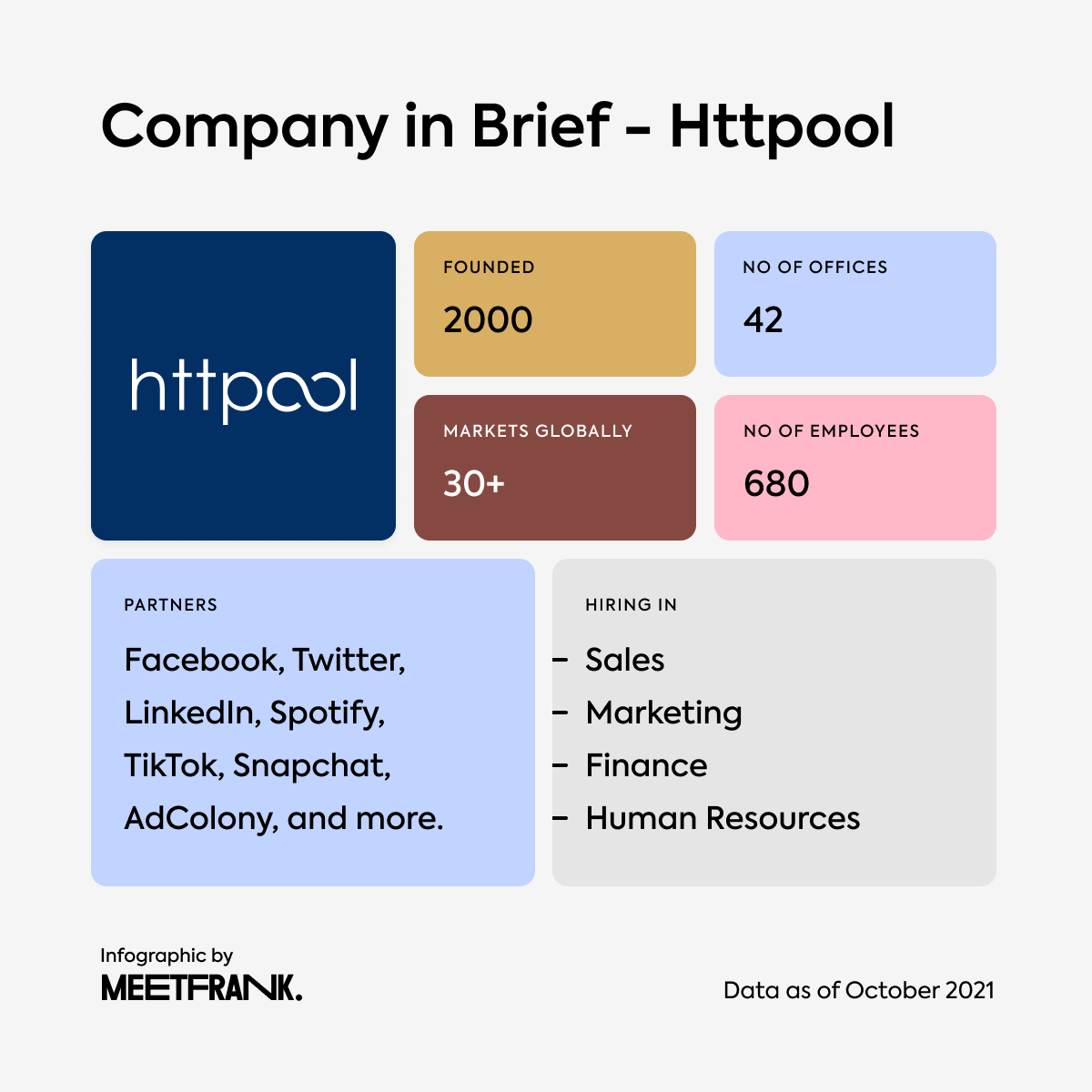 🔵 Robin, when did you join Httpool? What attracted you to jump on board?

Robin: I’ve been here for one year, but it feels like five due to the number of projects and the sheer amount of learning.

Before joining Httpool, I had worked in a media agency for several years, and the work I was doing was fairly steady. So I just felt a need to enter a new environment that was very dynamic, fast-growing, international and exciting. Httpool certainly fits that description. The company is growing and evolving all the time, so there’s a lot of opportunities to take advantage of. You are trusted to tackle new projects with great responsibility, which makes the learning curve really steep. And that’s great!

🔵 Did you have any doubts regarding the company or the team? How has it worked out so far?

Robin: No, I didn’t hesitate, partly because I was already in the headspace that I wanted to take on a new challenge. But also, I met Arnis Ozols, the Regional Managing Director, before joining the company. I really liked his style and attitude – he’s got a very entrepreneurial spirit, and he’s also supportive and trusting.

🔵 You have worked in media for a long time – How’s Httpool different from an agency in your experience?

Robin: It’s a lot different. Httpool is in a very neutral position in the advertising ecosystem as we partner with the platforms, agencies, and advertisers all at once, allowing us to search for win-win-win solutions.

We don’t have a separate fee for advertisers to use our services – If a client uses Facebook ads and signs up for Httpool’s consulting and expert opinion, they are still only paying for their ad spend. So we can be very open and transparent about what’s best for advertisers. 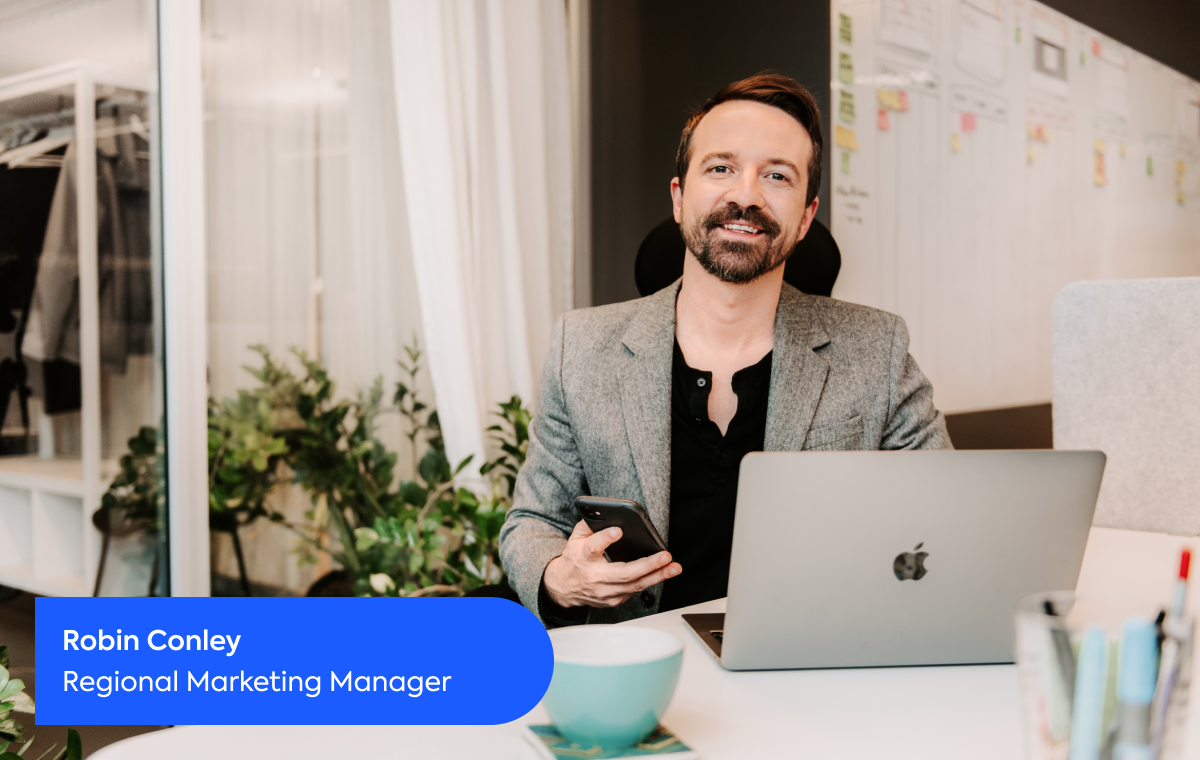 🔵 How much do you get to collaborate with Httpool’s different regions around the world?

Robin: I am working with different countries and regions every single day. The marketing team is considered a centralised unit in Httpool, so my colleagues are in Austria, Slovenia, Dubai, Russia and India. Many of our meetings are online, but when COVID passes, there will be travelling involved too. For example, I have weekly calls with our group’s CMO from New York, but next month I’m finally meeting her in person.

Some jobs are more local, of course. People who consult local agencies and advertisers are still mostly working on the local level. Internally, however, Httpool is very much a global environment.

🔵 What new challenges and opportunities does the company’s striking growth trajectory present to you personally?

Robin: By working in Httpool, you are always part of the building process. We are growing so quickly, still building our teams, expanding and restructuring all the time, which means you get to create many of the processes as you go. You’re not just riding the rocket ship but also building it as it’s flying up into space. It’s challenging at times, but mostly really exciting because it’s not very often you get to put your opinion into building a major company.

Another cool thing is the relative importance of the Baltics inside the company. On a world level, our region is quite small, so usually, the Baltics are not prioritised strategically by global companies. Or somebody from a head office somewhere forgets to budget your country’s media spend because it simply didn’t enter their mind. (Laughing.)

In Httpool, it’s the opposite – The Baltics are a significant part of the business, and we are setting up global teams right here in the Riga office. So you have the opportunity to spearhead global processes from here.

Oksana: Baltics is indeed one of the strongest and biggest regions in the whole Httpool, and we’ve had the privilege to establish a hub here in Riga for several global teams. And I agree with Robin that every employee has the opportunity to contribute to building the processes at Httpool. I think it’s a great opportunity and challenge for everyone to be part of building something from scratch. 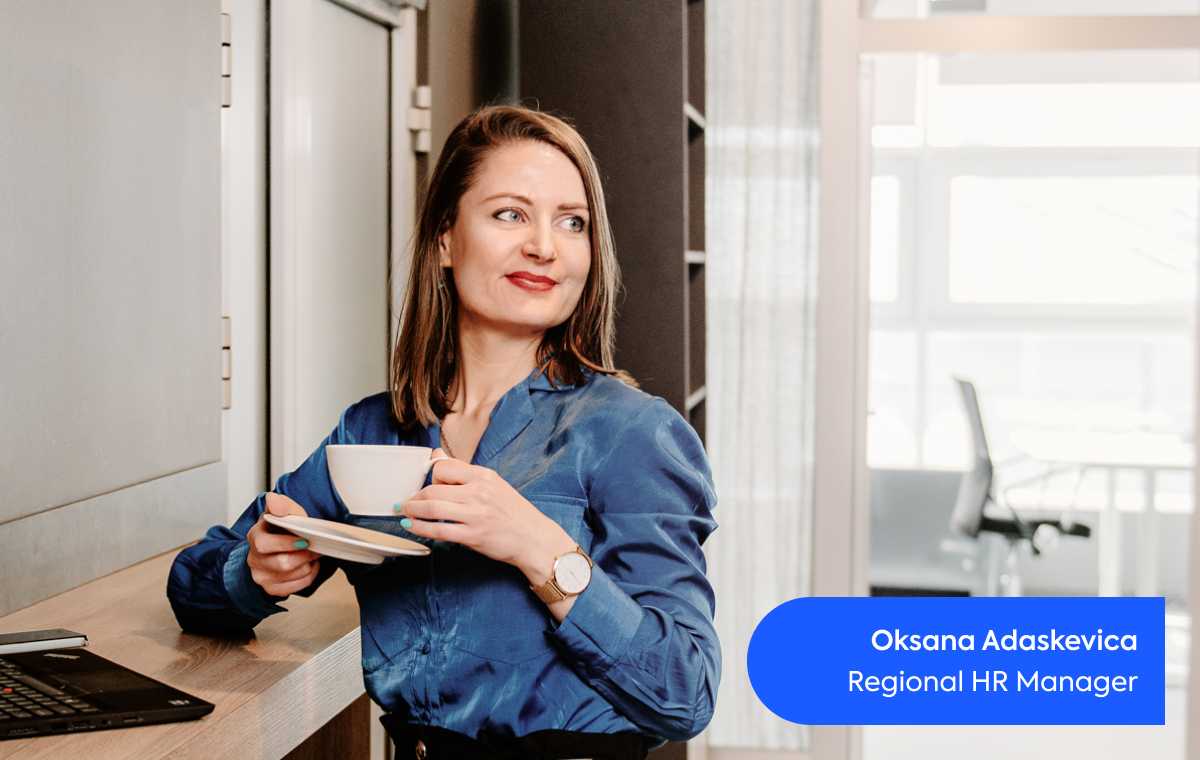 🔵 How is the vibe inside the company with fresh team members joining and projects steadily getting bigger?

Oksana: There are very positive vibes in the team, and it’s really a lot of fun. We love what we do and do what we love. Everyone is very passionate – this is something that unites us.

Robin: I don’t know if that’s part of Oksana’s hiring process, but she’s managed to hire people that are not stiff corporate types but are very personable and easy to get on with.

But I think that in general, people who enter advertising and marketing really tend to want to work in this area. Additionally, working in Httpool is a deliberate decision as people want to collaborate with the big platforms. People don’t end up here just by chance. So you get very enthusiastic personalities, which leads to a lot of productivity and new ideas. For people that want to achieve something, it’s a very fulfilling environment.

🔵 Do you plan to slow down your hiring rate any time soon?

Oksana: No, no way! (Laughing)

🔵 What are your hiring goals for the next 12 months?

Oksana: We don’t have an exact number yet, but I expect to expand our Baltics workforce next year by at least 30% as we are expanding all our teams.

🔵 Who would you encourage to apply to work at Httpool?

Oksana: People who are bright, smart, passionate, keen to learn and develop, positive, full of energy, creative. People who are ready to work with top digital experts, learn from them and become top experts themselves.

Robin: People who have a deep interest in digital marketing, and also some experience and success in this area, would love to work in Httpool because you’ll be challenged. And you’ll be working on a global scale. And you’ll be at the forefront of innovation, working with some of the most influential platforms on the planet. If you’re interested in digital marketing and think global, you can certainly go global with Httpool.