Relocation during Covid-19: Interview with Justin Zehmke, the Head of Content at Estateguru 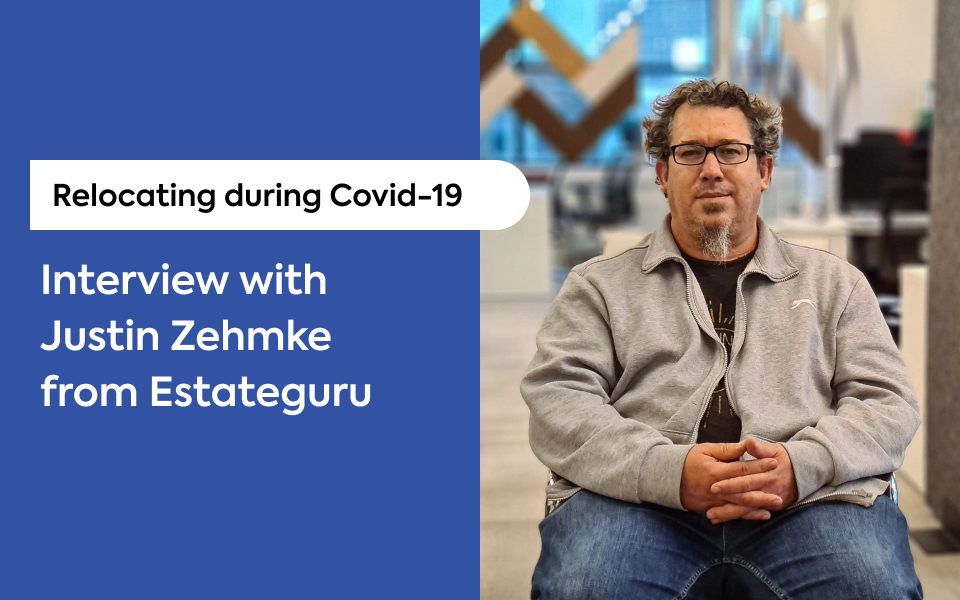 Imagine that you have packed your bags and were off to an exciting new job at an inspiring location. But suddenly Covid-19 broke out and altered your plans⛔️…

This is exactly what happened with Justin Zehmke. He had to go through an extremely stressful journey while relocating from South Africa to Estonia and starting a new job at EstateGuru.

Even on a normal day, moving to a new country is a nerve-racking experience. Luckily there’s companies like EstateGuru that make sure that new hires get the best support during relocation experience.

Not able to meet his family for six months, legal restrictions and not knowing what tomorrow will bring – if Justin had known about the COVID-19 troubles, would he still have applied for the position? Spoiler alert: the answer is YES! ✅

We did some investigation and EstateGuru was not your first connection with Estonia. How did a guy from South Africa find his way to Estonia?

Yes, this is my second stint in Estonia. I first moved here in 2016, when I got a job with Pipedrive as a copywriter. I had been actively trying to leave South Africa for about two years by that point. South Africa is beautiful and interesting, but it is also extremely dangerous and corrupt, while the economy is in a serious downward spiral. I wanted to secure a better future for my daughter, one that is safe and where she has opportunities for success and happiness.

My career there had been spent in digital media, and before I left I was working as the head of publishing at a large media company. After just under two years at Pipedrive, which I really enjoyed, I started freelancing in Estonia for a variety of marketing agencies and tech companies. By late 2018 we took the decision to go back to South Africa for about six months to allow my daughter, who was five at the time, to get to know her grandparents and extended family, who she hadn’t seen in three years and had very little memory of. I was lucky enough to be able to work remotely, but knew that I would have to find a full time job if we wanted to come back again.

Leaving the country for that long meant that our residence permits expired. Six months turned into a year, but by the start of 2020 it was definitely time to head back. 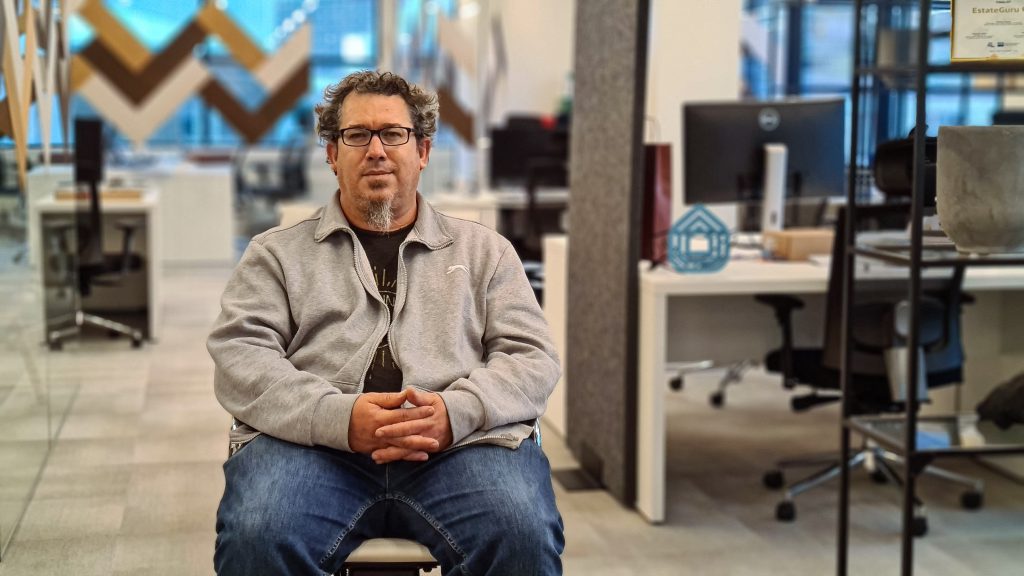 Despite Covid-19 restrictions, Justin and his family relocated from South-Africa to Estonia.

Okay, when we take “find your way to Estonia” literally, then Covid-19 did everything in its power to hinder your from getting here. Describe us the rollercoaster you had to go through while starting a new job at EstateGuru and relocating to Estonia.

When EstateGuru offered me a position, I jumped at the opportunity. I had done some work for the company before and knew the culture relatively well and saw it as a fantastic opportunity to be part of something exciting, new, and with huge growth potential. The offer was also extremely generous, in the sense that they were willing to pay the relocation costs for my whole family as well as hire Jobbatical to assist with the relocation process, particularly things like getting visas, applying for the residence permit etc. Whether it was paperwork, flight tickets, hotel bookings or whatever, everything was done quickly and smoothly. It looked like relocating would be a breeze.

But it was at this point that I took a decision which I was to regret bitterly.

Having done the whole relocation thing before, we decided that it would be easiest if I went ahead and set everything up, like renting an apartment, registering my daughter for school and generally getting settled in. The plan was that my wife and daughter would join me a month later, a seamless relocation without stress or complications. It seemed so logical at the time. As there is no Estonian embassy in South Africa, I had to fly to Dublin first to apply for a visa. I did this in the last week of February, and the signs were already ominous. Covid-19 had just started its push through Europe and some countries were already implementing lockdowns, but no one could predict at this point how bad it would get.

I arrived in Estonia and EstateGuru had rented an apartment for me for two months to give me time to find my own long-term place. At this point I was still marvelling at how much easier it was than the first time I came here. I applied for the residence permit and everything was going great. Then, within a few weeks of arriving in Estonia, the emergency situation was declared and I was working from home, which is a strange way to start a new job.

Estonia subsequently closed its borders, but I hadn’t really started stressing yet. There was still the expectation that this would be a short-term situation and, even during lockdown, family members of residents were allowed into the country. But then, as always, being South African came back to bite me. My home country introduced the strictest lockdown in the world. People were not allowed to leave their homes, even to do exercise. As the government seized the opportunity to conduct a theft of public funds on a truly massive scale, they also enacted some draconian and ridiculously oppressive measures. At one point the police and army were killing more South Africans than the coronavirus was. Worst of all, the borders were closed completely and, according to the government, indefinitely.

In a panic, I started exploring all possible options to get my family out. The South African government said they would be allowed to leave the country on a repatriation flight if they had residence permits or D-Visas for Estonia. The Estonian government said they would be allowed to enter here if they had residence permits or D-Visas. Seems simple really. But the catch was that the visas could only be issued at an Estonian embassy, and they weren’t allowed to travel to a country with an embassy without the visas they were trying to apply for. We were stuck. I contacted every possible person at the Police and Border guard and always received the same answer: “They should go to an embassy.” One month quickly turned to two, then three and eventually I hadn’t seen my family in six months while the situation in South Africa was deteriorating daily. I feared for their safety, while maintaining two separate households is also not that easy on the wallet.

Throughout this entire ordeal EstateGuru was incredibly supportive, contacting people in government to see if they could help and retaining the services of Jobbatical throughout, but there was simply nothing to be done. Eventually I had no choice but to take a repatriation flight to South Africa in the hope that I could somehow get my family out once I was there. Again, EstateGuru supported this throughout, agreeing that I could work remotely for as long as it took.

So I flew back at the beginning of September. Two months later we had managed to get visas to Turkey for the whole family, and made an appointment at the Estonian embassy in Ankara. We flew to Amsterdam, then Istanbul, then Ankara. The visas were issued without stress and we managed to arrive in Estonia on 2 November.

Congratulations that you are once again united with your family! After months of waiting, do you now feel that you have finally settled in?

Oh yes. Even when I arrived at the end of February, it felt like coming home, and now that we are all here and have completed our quarantine, we can start living normally again. It’s just a pity that we have finally arrived just in time for winter. 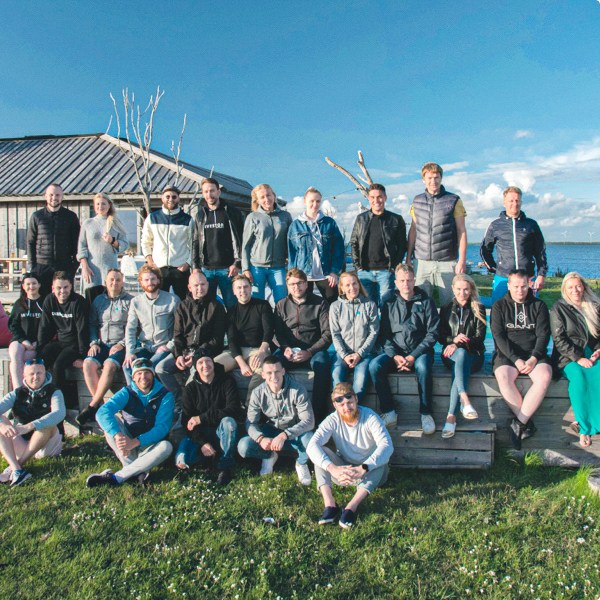 The EstateGuru team is expanding rapidly.

If you would have known about the C-19 troubles you have to face, would you have still applied for the EstateGuru position?

Without a doubt, but I would change a few things. I would agree to an earlier start date and bring the whole family as soon as possible. I really enjoy the job and love working for EstateGuru, so no matter how tough it was to get here, it was all worth it.

While there are plenty of valid reasons for relocating, it’s important to remember the weird time right now. What would you say to our readers, who are considering relocation, but feel uncertain about the situation?

Move quickly and decisively. If you have an opportunity to relocate and it is what you really want, take the chance while it is there. The situation changes and shifts constantly so your window to move may be very small. Of course, relocation is always fraught with anxiety and doubt, and these feelings are hugely amplified during a crisis. So the relocation process is probably the most difficult it has ever been.

Also, make sure you have a contingency plan for when things go wrong. During our journey to Estonia we were constantly expecting to be stranded in whatever country we were in due to border closures, and had planned accordingly. We flew via Amsterdam because I have very good friends who live there and would have housed us if the borders closed while we were there. Turkey is relatively cheap so we would have been able to rent a place for a few months if needed, which is why we chose to visit the embassy there rather than the one in Ireland, as being stranded there would bankrupt you even on a very good Estonian salary.

And make sure your employer understands the process and is willing to help. I was able to easily continue my job from wherever I found myself at any given time and the financial and administrative support I received from EstateGuru was invaluable. Being able to go through this whole process without the added stress of worrying about losing my job was a massive help. 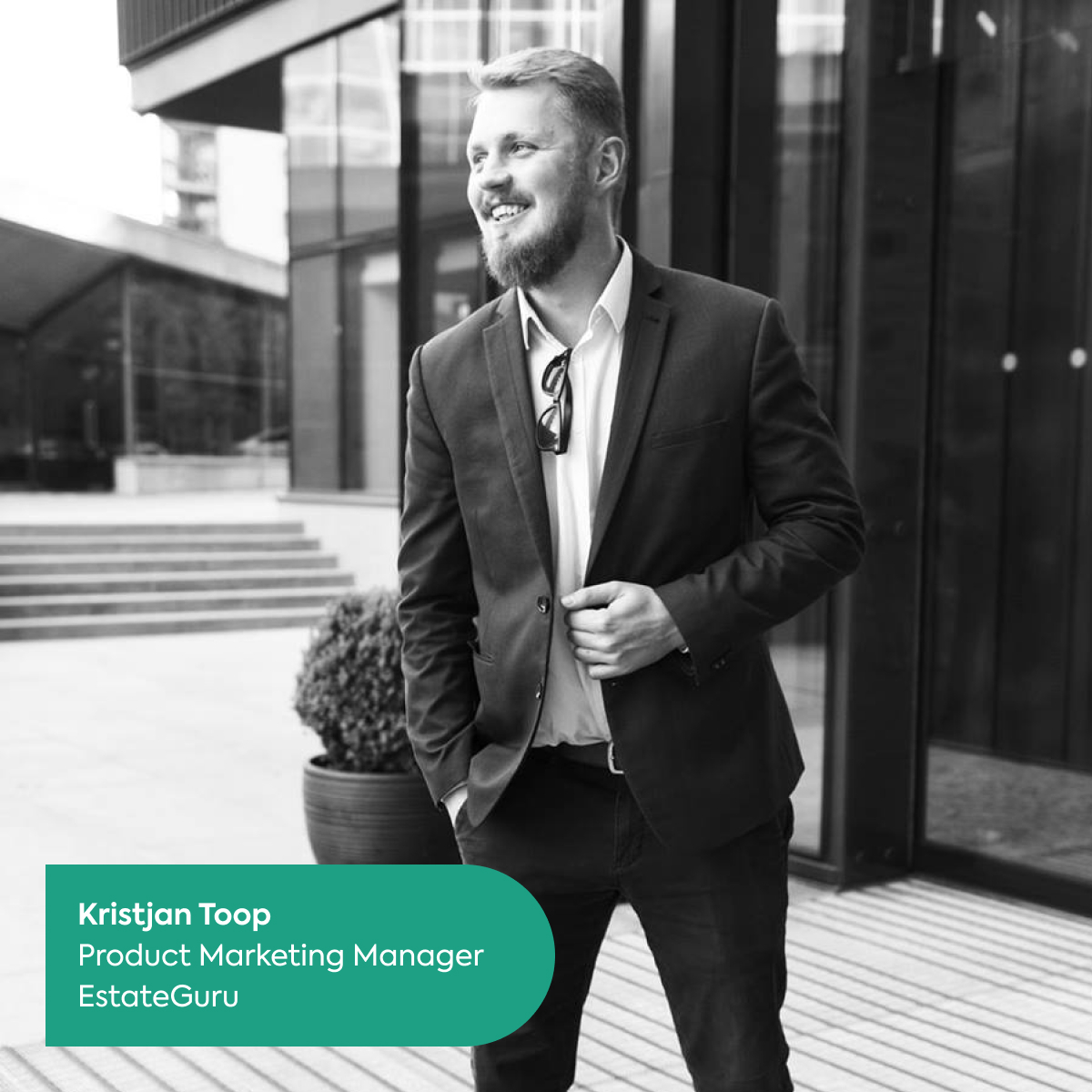 As a rapidly growing company, we are doing lots of recruiting at the moment, and with offices in five countries, there is invariably relocation of candidates involved. There is a thorough understanding at a management level of how stressful and difficult this can be, so we provide complete support to staff throughout the process. We spend a lot of time ensuring we get the best candidates, and once the decision is taken, they need to feel that they have our full backing. The idea is that they should enjoy their jobs from day one, without outside stress impacting their experience. Obviously, the Covid situation has made this significantly more challenging, and in Justin’s case especially so, but we’re very happy that everything worked out and that we can use this as a template for future relocations.

Want to be a part of this amazing team? Check out EstateGuru active job openings: